This brain science organization hired blink to revamp its user experience. They wanted to give their site an updated look and feel while communicating what’s available to the user through a minimized amount of navigation to access data. We did this through a series of user interviews, revamping the information architecture, and creating a design language and structure they could replicate throughout the site, including on pages where an online tool's look and feel could not be updated.

The Problem
The site needed to be accessible to people with industry knowledge, and without. How do you create an intuitive navigation for those without knowledge while allowing for the hardcore scientists to quickly navigate to what they wanted to find?
My Contributions
Challenges

In order to understand how the site was being used, we needed to understand the user journey. We began the project with a workshop that gave us insight into the users. We used this as the basis for a series of user interviews, where we captured their workflow. 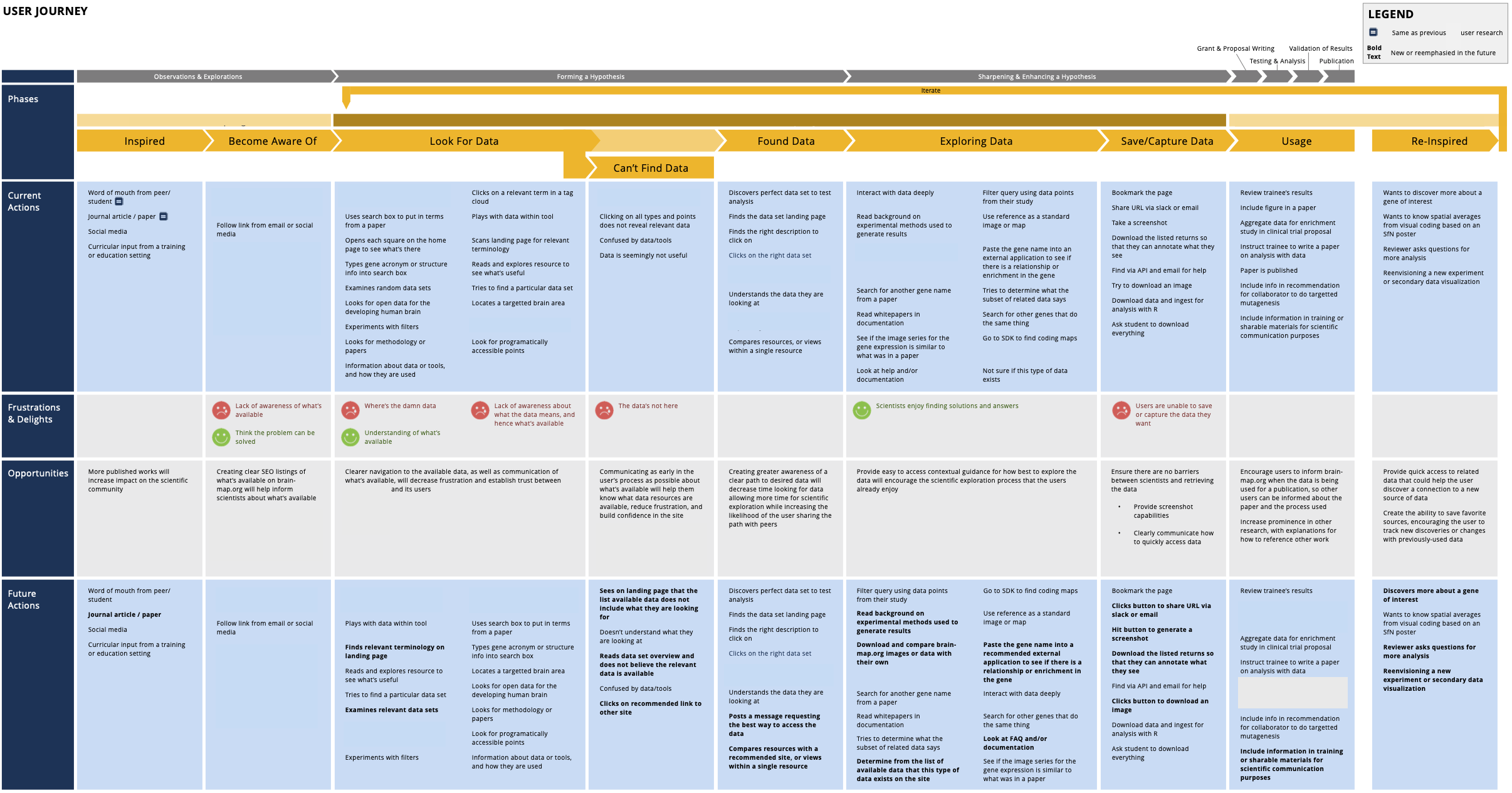 JOURNEY MAP: Compilation of findings from the first round of user research.

We had an understanding of the user interactions, but we needed to establish a navigation pattern. After working with the stakeholders to determine a new information architecture, we wanted to see how the users wanted to navigate the site. We did this by:

The results of the second round of research showed that users had clear expectations about how the site should be organized. This included:

SCROLLING TOPICS: Participants were adamant about not wanting to have to scroll through the science topics.

After the user research, we presented two approaches to content on the pages. These included: 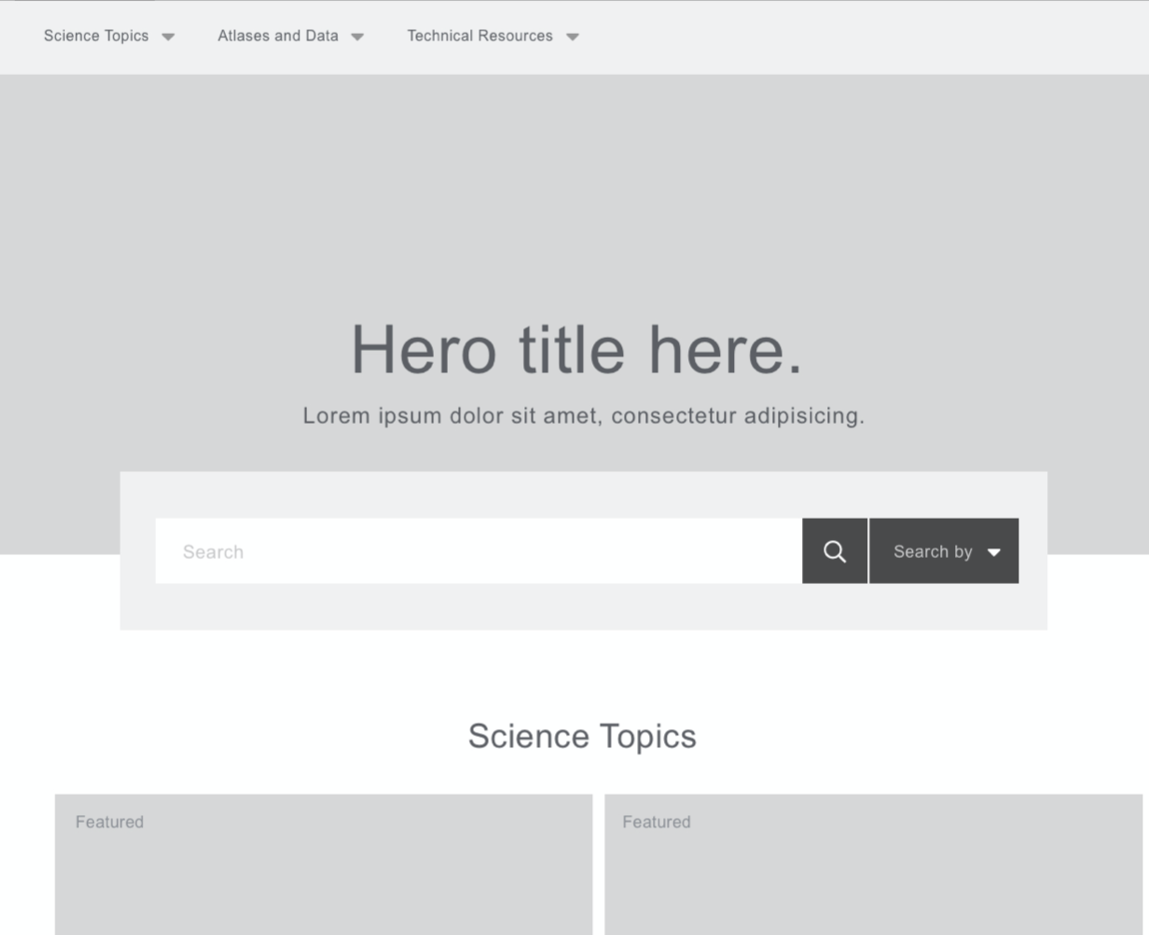 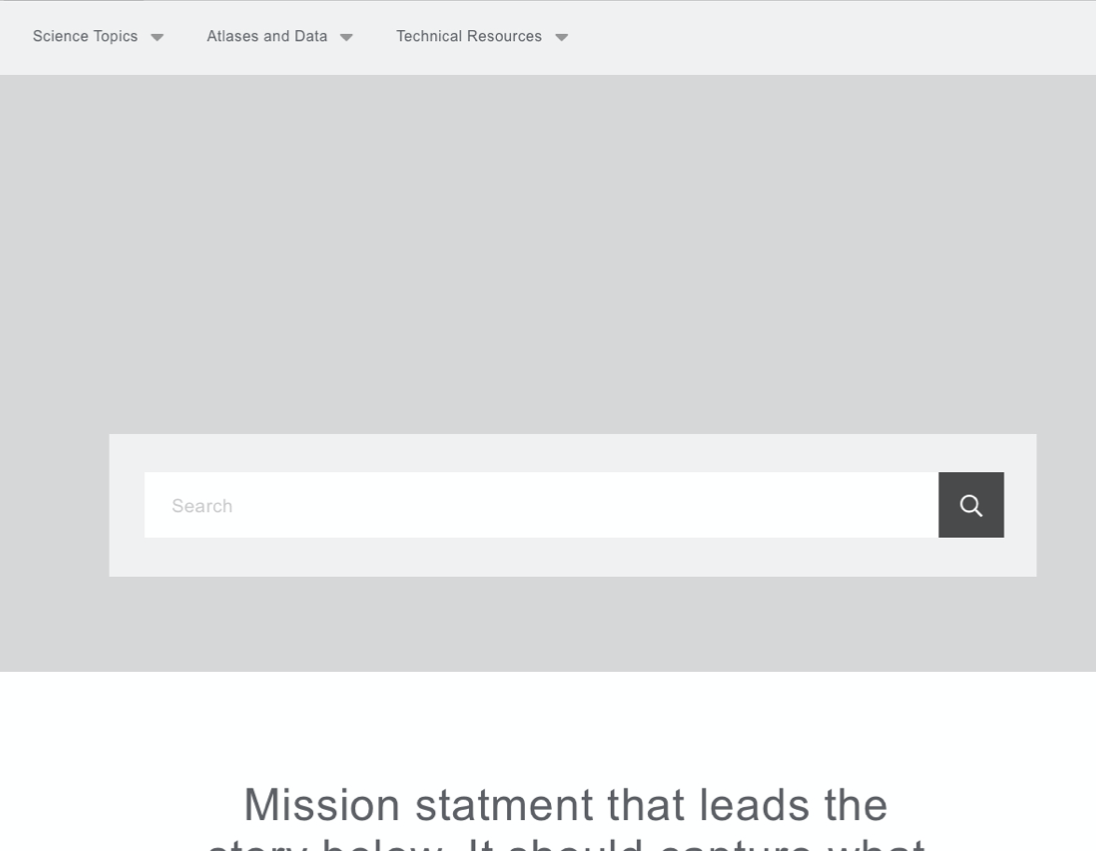 STORY APPROACH: Scrolling the page tells a story about the presented data or topic, allowing the user the option to explore more.

After discussions, we decided that the story approach was not right for these users. These scientists wanted to get to the desired data detail as quickly as possible, and were not interested in the story of the data.

I worked closely on the final design with a skilled visual designer. He was inspired by artwork seen at the client location, which led to the final design. The color scheme was innocuous enough to be used on top of other tools, but the pattern reflected brain cell imagery artwork. 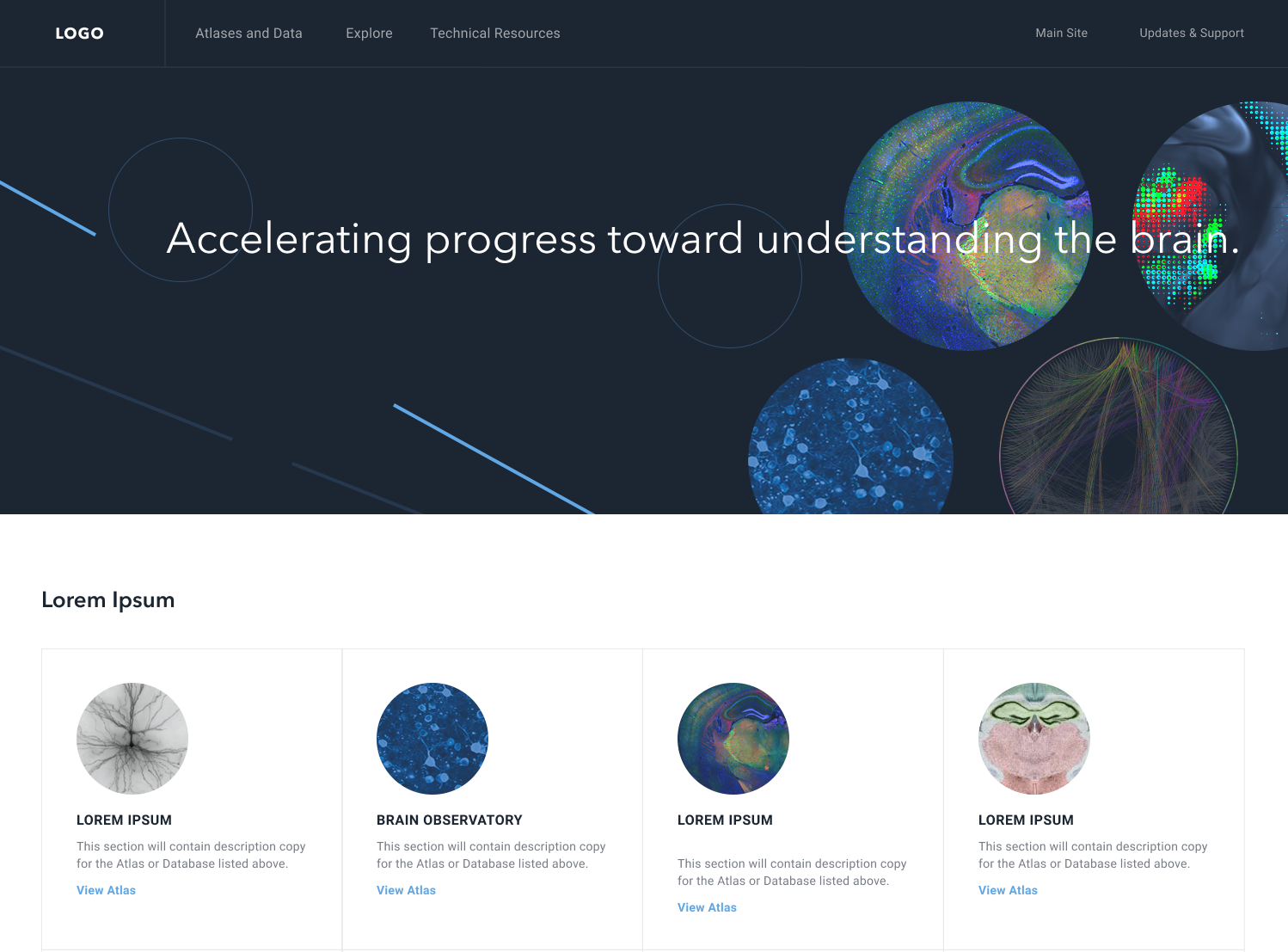 FINAL DESIGN: This was the main designed page from the final deliverable.

This project was considered a success because the client: