The Problem
How could we bring a voice interaction into a shower with a device that is not attached to the shower? What is the likelihood that users would actually interact with the shower via voice?
My Contributions
Challenges

What Can It Do

To understand what interactions needed to be the focus of this product, I determined what users might want to say to a voice-controlled shower. I accomplished this through brainstorming the common activities they might want to try.

UTTERANCE EXPLORATION: Exploring the voice interactions for an initial prototype.

Once I had a sense of what people might attempt to do, I mapped out different possible high level interactions. 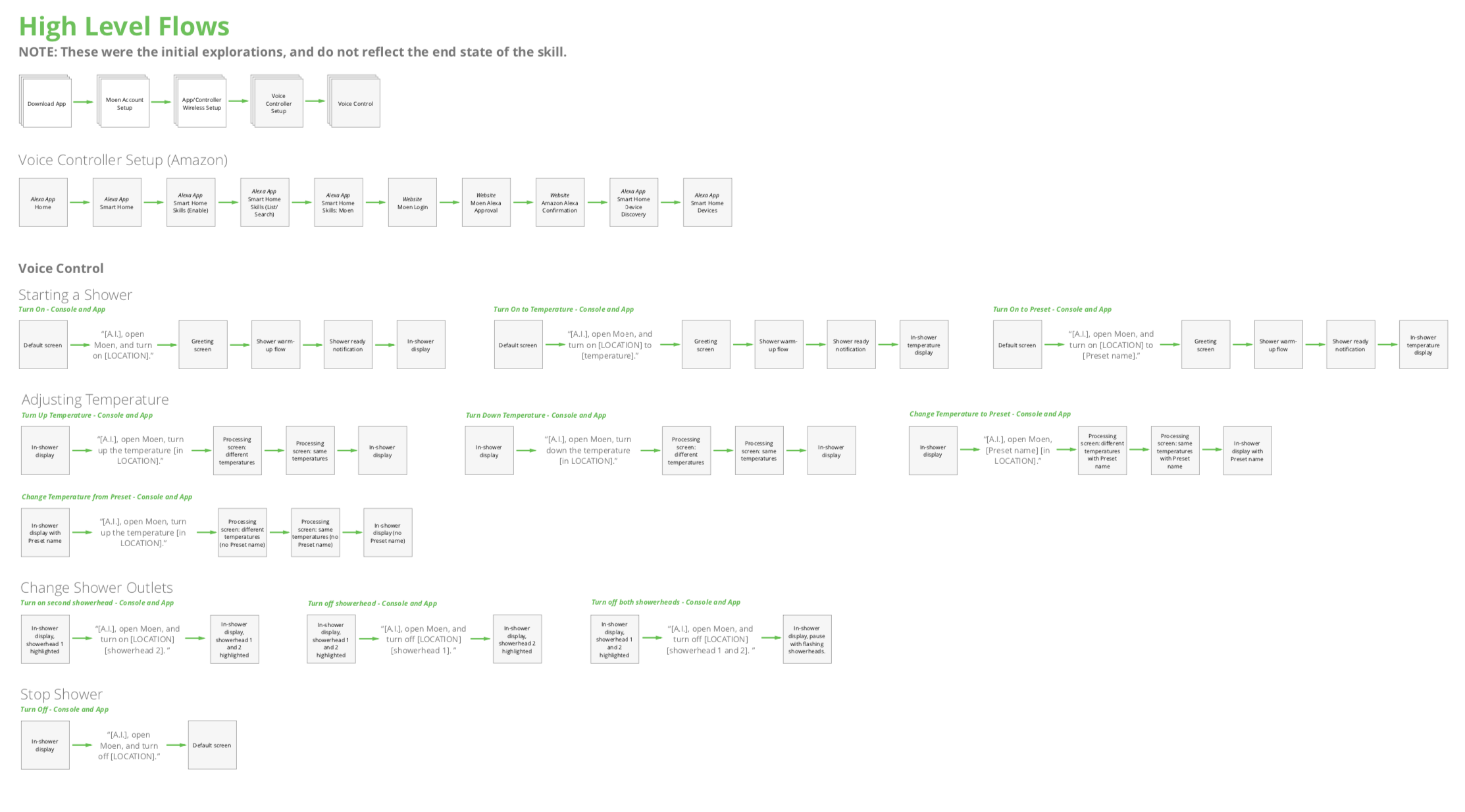 HIGH LEVEL FLOWS: Understanding how the utterances will interact with the shower.

Once the high level flows were then confirmed with the client, I focused  on capturing the exact type of interactions we would want to capture in a prototype to be used for research sessions. 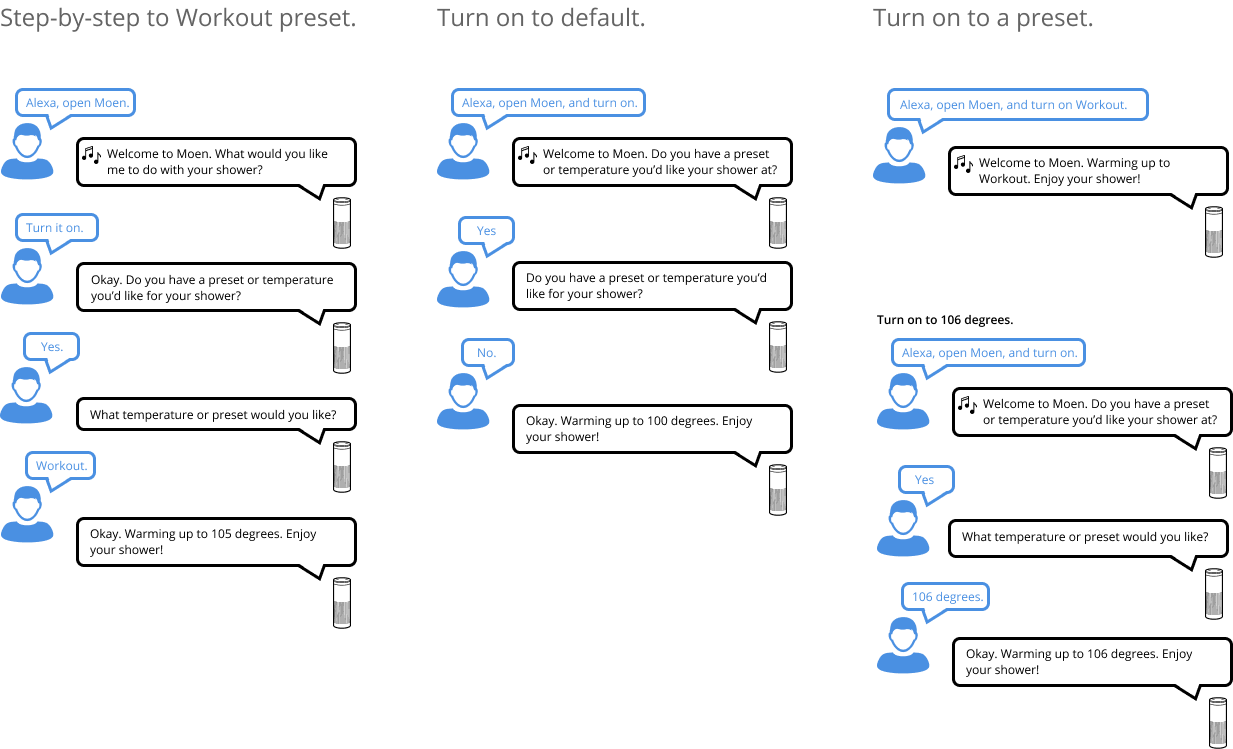 ALEXA INTERACTIONS: Capturing the interactions with Alexa for the prototype.

I then took the suggested Alexa interactions and captured what exactly the shower display would do. This would be used in the implementation of the prototype for the research sessions. 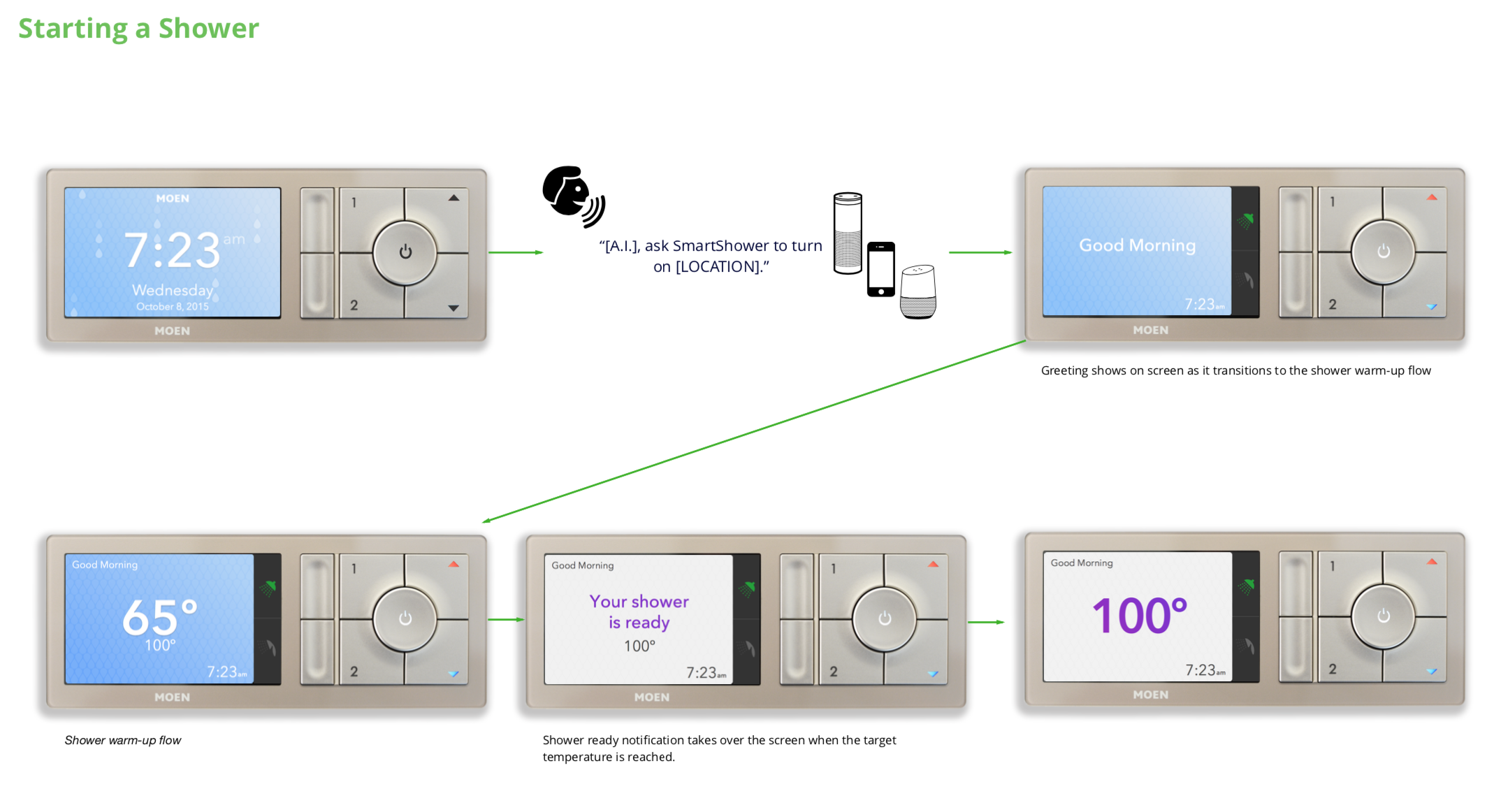 U BY MOEN INTERACTIONS: More detailed interactions with the shower control for the prototype.

To truly capture how people would use this product, I needed to observe their process. But it would be very awkward to ask to observe people in the shower. So I created a setup that would mirror a shower with the U by Moen installed. I did this by:

I then asked participants that were recruited based on the likelihood of having such a product to walk me through a shower experience that they might have using an Echo with a U by Moen.

LAB SETUP: A wide-angle view of the room where the research occurred.

How People Actually Wanted to Interact

This helped me capture what the true terms for people would want to use for interacting with the device. In addition, it provided feedback for the client as to what people wanted to say in order to activate the Alexa Skill.

UTTERANCES: The captured statements participants made during testing, and how they could be coded for the final prototype.

I took all of this feedback and created final diagrams for how a skill could be built for any voice-activated AI interfacing with the U by Moen. These became essential for building out the final prototype. I took these diagrams and worked closely with a developer to finalize an Alexa Skill prototype that we handed off to the client. 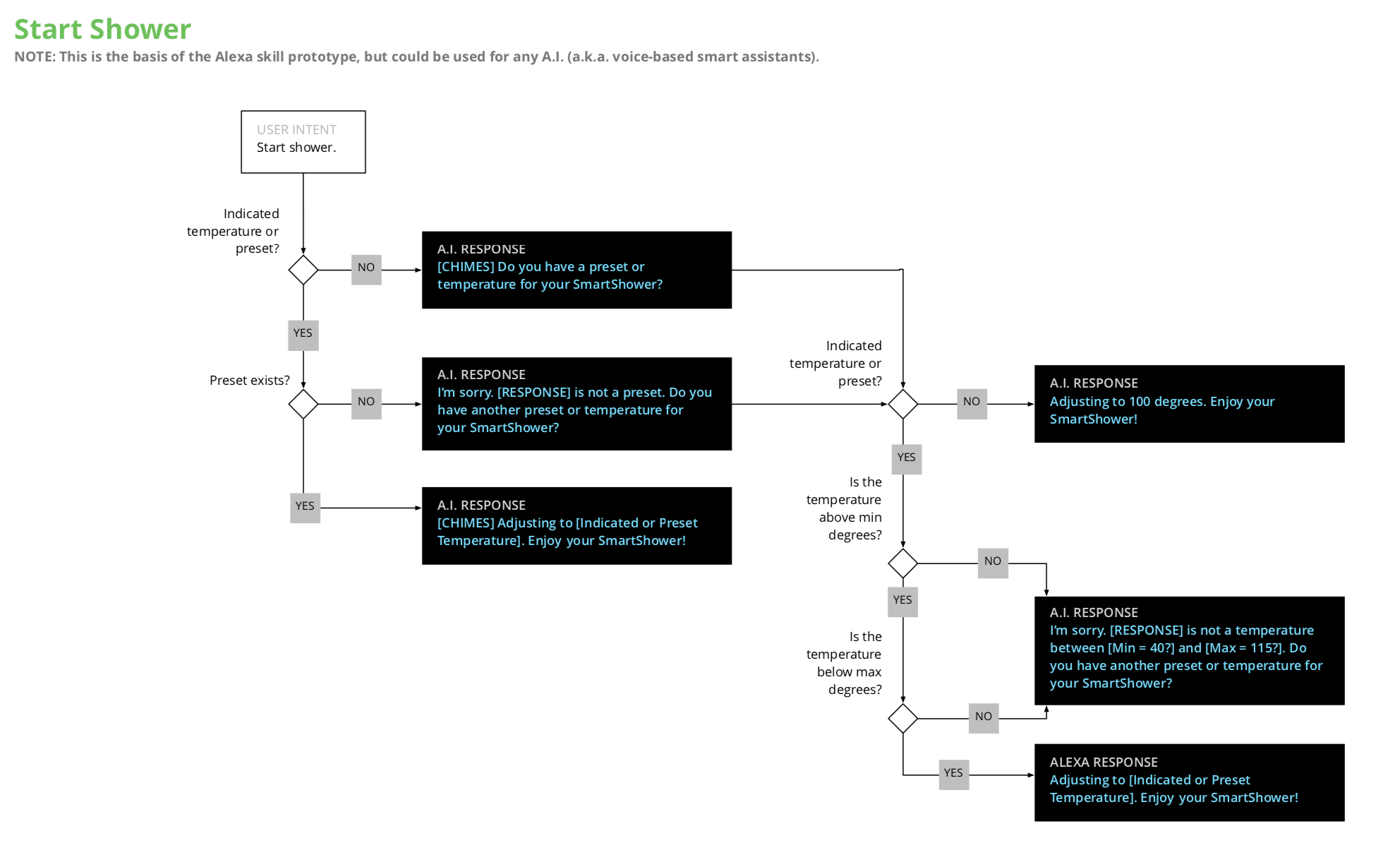 FINAL INTERACTION FLOWS: Capturing how Alexa or other A.I.s will respond to voice commands.

We know that this project was a success because Moen: